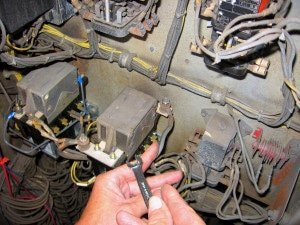 Thanks for info and update. Not everyday we get to support someone who has tech knowledge and insights. It is a warm welcomed change.

Sorry I was not able to resolve this for you as it is not a common issue ticket. But I am glad you figured it out! Great job!

RealBasics.com does website development.  In ordinary computer parlance a “developer” writes programs but I generally go very far out of my way to avoid it — there are just too many great, widely-used and therefore widely tested programs, themes, plugins, and modules out there to make re-inventing the wheel (and unlike wheels, when you write software it must be tested, and debugged, and security-patched, and updated!)

And so, again, in order to provide clients with the biggest bounce per ounce for their hard-earned website-development dollars I strenuously avoid writing code.

This does not mean, however, that I’m unable to track down code in other developers’ HTML, CSS, PHP, JavaScript, have-your-eyes-glazed-over-yet, or SQL code.

Last week I helped a client with a seemingly intractable problem with ecommerce on their Wordpress-driven website.  They use a not-to-be-named but very popular plugin.  It’s well reviewed and indeed I like it quite a lot.  But every now and then something… just… doesn’t work for people.  It shows up most often when someone buys a downloadable file — a video, an ebook, or an image, say — and that someone expects (quite reasonably!) that after they pay for it with PayPal that the download would be… well… downloadable!

The vendor’s ordinarily quite-competent support staff wasn’t helpful at all.  Unless you consider “the problem you describe seems to be the problem you’re having” as helpful.  (See also: if you have ham you can have ham and eggs if you have eggs.)  The “solutions” offered around the web for this (obscure, remember, and difficult to reproduce) but amounted to superstition and blind luck.

Out came the detective hat.  And magnifying glasses.  And, eventually, hip-wader boots!

I finally noticed that in one critical dropdown the option “pending” appeared not once but twice.  Digging a little deeper it turned out that neither of the codes underlying those choices was the right one!

Digging much further I finally traced the problem to a) a hard-coded assumption by the vendors that they alone would ever use an option called “pending” and b) not one but two previously installed and deleted plugins that did exactly that.  And didn’t clean up after themselves.

A fix was possible: just manually later the database.  (Note: virtually all WordPress manuals say never hack the database.  Same with other best practices, plus common decency[1].)  So obviously I made (and confirmed) several backups, meticulously traced the code for dependencies, and made one tiny adjustment to the database.

[1]Unless you’re a trained database professional.  Which, as luck and much experience in a prior life, I happen to be.[2]